Reflections on the Balkan Condition

It is three days since the 20th Anniversary of the Srebrenica Massacre, and as I sit in a boat-turned-outdoors 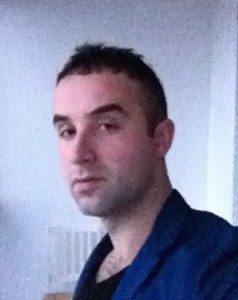 seating for a restaurant I’ve recently grown fond of on one of The Hague’s canals, I think on what Bill Stuebner said yesterday during his lecture at Huis Clingendael.  The veteran diplomat had told us that “It is easy to peel an onion, but it is impossible to unpeel it.”  Mr. Stuebner had a series of quotable phrases yesterday, but that one made the biggest impression on me because the point behind it was poignant and fundamental to not just the Balkan condition, but to conflict in general.  Just as it is easy to peel an onion, it is easy to strip away the ideas, the bonds and the qualities that unite us all as people of the earth, thereby exposing the volatile and empathy-devoid core of primal individualism. Given the right conditions, this core is then exploited, and a deadly ethos that seeks to establish cultural identity by focusing on what makes us different and apart, rather than similar and united, can start to develop. Usher in the antagonism that such philosophies are prone to and couple that with political forces using such an ethos for their advantage, and we get a recipe for war and conflict.

More concretely speaking, the strands of ethnic nationalism that grip and refuse to let go of the Balkans have taken their toll on our land. “There must be something in the soil,” said Bill to me last night during our dinner with the speakers, and he must be right, for this problem is not specific to the Slavs. For example, as a young boy growing up in Albania, I was sometimes told that Serbs were bad people. So disliking or even hating them was quite natural. And since they were only bad insofar as we were good, I would think about how nice it was that I was an Albanian. Antagonizing them was, in this way, something that was meaningful for my very own identity.  “And don’t forget the history, boy” the elders would tell me, and I made sure to read up on the relevant texts that told me about how they (insert foreign country) wronged us.

If you read a Bosnian text you will read about how they were victims by Serbs. If you read a Serbian text you will read about how they were victims at the hands of Bosniaks, and each side will be ready to point to a time in history and will be able to give you a generous estimate about how many of “our people they killed.” And the Balkans “never forget.” Cue in blood-feuds that last centuries, to the point where no one remembers the initial conflict. Cue in unspeakable horror that descends upon an entire people. Because, after all, Ratko Mladic never forgot about the 40 members of his family they killed during World War Two. And the cycle perpetuates itself.

We must stop this senseless way of thinking. Our histories are rich with causes for new violence and every side can claim the moral power of the victim. Revenge feeds on our memories, but only if we let it. We must learn to forgive and forget. We must learn to unpeel the onion and recognize that what unites us is vast in comparison to what makes us different. Like Kemal Pervanic, producer of Pretty Village and Bosnian concentration camp survivor, we must have the resolve and courage to face those who wronged us with an open heart. We must be willing to forgive. We must learn that our neighbors are people just like us, with wants, goals, aspirations, and the capacity for love just like us. They have families just like us and they bleed just like us.  By focusing on our similarities, rather than our differences, we can open up the way for empathy and work not as brothers of this or that nation, but as brothers of this world, towards a future free from conflict.